Windows XP has a English voice engine called Sam. Beginning with Windows Vista and Windows 7, Microsoft Anna is the default English TTS voice. It is a female voice and is designed to sound more natural. Microsoft Streets & Trips 2006 and later install the Microsoft Anna voice on Windows XP systems for the voice-prompt direction feature.

In 2010, Microsoft released the newer Speech Platform compatible voices for Speech Recognition and Text-to-Speech for use with client and server applications. These voices are available in 26 languages and can be installed on Windows client and server operating systems, also on Windows 7 and Server 2003.

I suggest to try 32 bit versions first for compatibility with your text-to-speech (TTS) software.

For example Microsoft David (US male), Hazel (UK female) and Zira (US female) sound more natural than the Microsoft Anna.

Off all the text to speech programs I tested, I have found this free program „Balabolka“ to work excellently. It just does its job, and much much more. 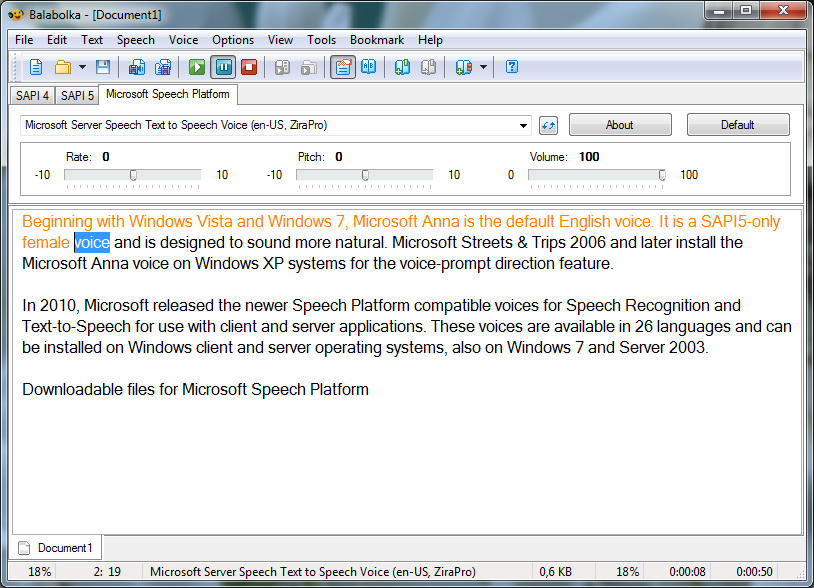